Here is your chance to drive an Aston Martin! 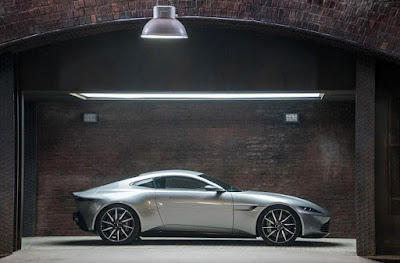 British company BUY A GIFT has together with Orion publishing arranged a contest with an amazing first price. The winner will be offered to drive an Aston Martin for six miles and if that's not enough the winner will also get a free hardback of the new James Bond novel Trigger Mortis signed by the author Anthony Horowitz.

So as you can see there will be one very happy winner in this contest.
So why do I share this with you and not compete on my own. Well there is one tine little detail. To participate you need to live in the UK. So since I live in Sweden I wish to share this opportunity with the blog readers.

To enter the contest you need to write down your strongest James Bond moment so I thought I should share mine below. 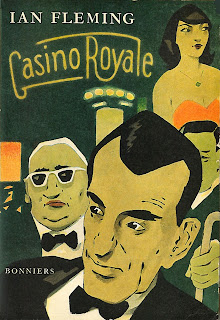 In 1999 I worked as a film booker for Sweden's largest cinema chain. One day my manager comes in to my office and says I will have to take his place on a quick journey to England. I was invited by Eon productions to attend the shooting of DIE ANOTHER DAY at Pinewood studios.

When I arrived to the five star hotel called Mandarin Oriental in London I was shown to my room. On my bed there were the latest James Bond books for me to read.

The next day we took a bus out to Pinewood Studios and watched some scenes being shoot with the lovely Halle Barry and then we had a break for Lunch. At my lunch table I got to sit next to scriptwriter Neal Purvis. A wonderful man and it was a real pleasure talking to him. We talked about an hour and then I gave him a Swedish first edition of Casino Royale from 1955 and he was very pleased. We exchanged email addresses and then I also spent quite some time talking to Producer Michael G Wilson.

Later that day it was time for dinner. I dont know were we were but it was some sort of men's club. Truly posh and fancy. Totally overwhelming for a young Bond fan from the suburbs of Stockholm.

At the dinner table I sat next to Lidy Hemming (Costume designer) and that was fun but later I got to speak to Barbara Broccoli and that was amazing. She was so kind and generous and I was truly nervous but it worked out fine after a wile.

I dont have a single photograph from this trip but I have it all stored in my head. I meet Barbara Broccoli half a year later when she came to Sweden with Pierce Brosnan to promote  DIE ANOTHER DAY  but thats a diffrent story.

Now it is your turn. What's your favourite Bond moment?

To take part in the contest to get your chance to drive an Aston Martin, Click here!
Written by Stephan Bäckman kl. Tuesday, November 03, 2015