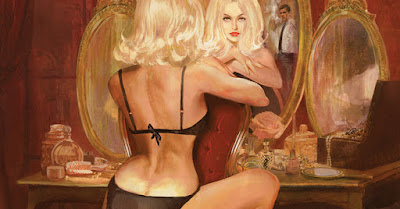 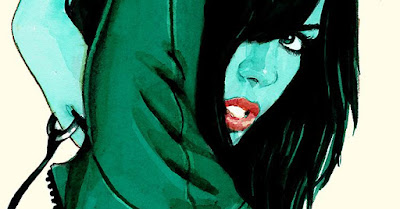 Michael is selling the artworks and is currently offering all blog readers a 10% discount if using the discount code "007". This discount offer expires on Sunday the 7th of October 2018.

I was contacted by a friend I’d known in London who was a book designer for Penguin. Jon Gray. He uses the name Gray318 for his work.

He said he had a project that was “Bond like” and would I like to do a test? I said yes, and pretty soon after, he told me it was actually for Bond!
Then I went on holiday for a couple of weeks and came home to find the test had been approved and I got the job.


I really like Moonraker, but  I’m happy with them as a set, I think they came out well and flowed pretty easily.


They certainly have held up. At the time I thought it was just another job, albeit a good one, which I was very happy to do.
When they came out, in 2008, I started getting a lot of attention. Initially some negative, from diehard Bond fans who have very strong ideas how things 007 should be.
Then I got a flood of positive feedback from the design world. Over time I got to understand the Bond world, and that I’d been incredibly lucky to have become involved with a very powerful franchise.
James Bond is an amazing folk hero, an archetype of British goodness in the face of evil. I’m very blessed, in my own small way, to have been part of his world.
Obviously this world is much bigger than anything else I’ve been involved with! I’m very grateful to have had the opportunity to be associated with it. I’ve found the community really wonderful.
When I started making the prints, my relationship with the Fleming estate grew. They have been very supportive and I value them greatly. I am 1000% grateful.


I felt that the first one lacked a little sexiness! As the woman who marries Bond, I thought she should be more special. Overtime I’ve come to appreciate the first version, and I like it more.I also redid Thunderball. The first version printed a sickly grey/ green. The second version was much better I think. 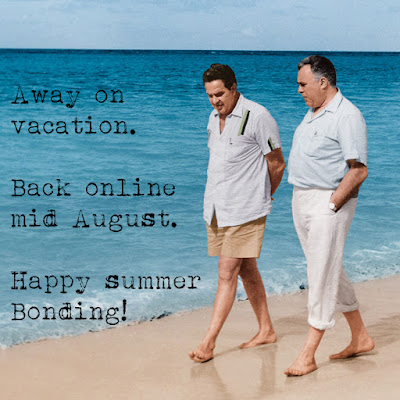 The blog is going undercover for the next four weeks. Coming back, full of energy and passion for all things literary James Bond.

I wish all blog readers across the globe a wonderful summer.

These prints are way better then I dared to anticipate! Part 2 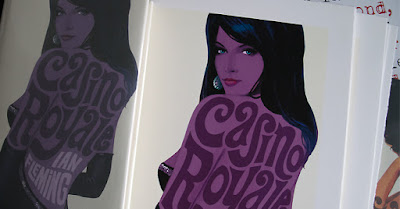 A few weeks back I wrote about the amazing James Bond book covers that Michael Gillette had done for the century release of the James Bond cannon back in 2008.

It is so hard trying to get this set completed to a descent price that I almost stopped trying. But then I found out on Michael’s own website that these could be ordered in different sizes that would be great even for framing. So I ordered them.

Now they have arrived and I must say that I am totally blown away by the quality that these prints have. The are delivered in a steady black box. I have tried to ad photos below that can show the strong difference between the print and the book cover. The colours on the dust-jacket is not as strong / colourful as the true paintings.

I strongly wish to have these on the wall but at the same time I am to scared that sunlight will damage the print. Maybe I can wait until the kids have left the building and have my own work space. The problem is that the kids are only five and eight now so the wait is long.

Looking at all these paintings in their true glory like these I feel the need to get in contact with Michael Gillette to try and set up an interview on how he got the task and how he proceeded. If you, the reader, have any questions you wish to ask Michael, please let me know and hopefully I will be able to send them to him and turn it into a blog post to be presented during the second half of august.

If you wish to order your set of prints you should head off to Michael Gillette's own website. They are highly recommended 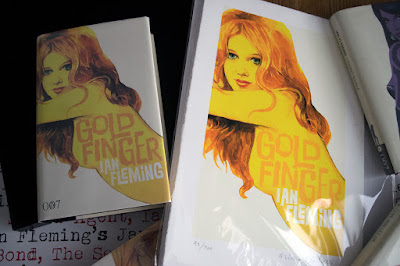 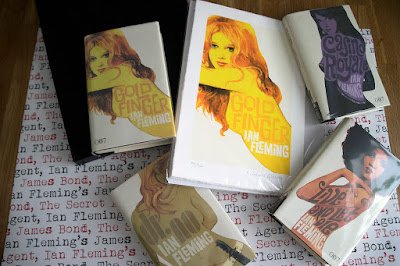 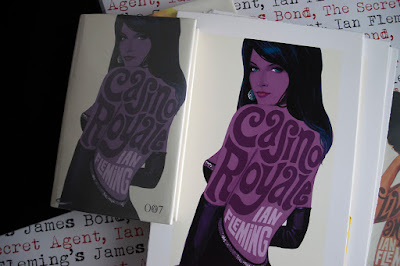 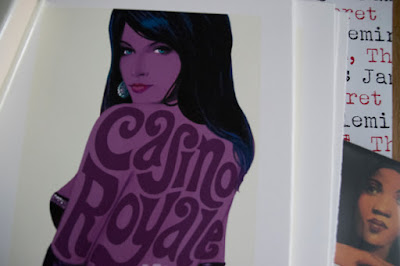