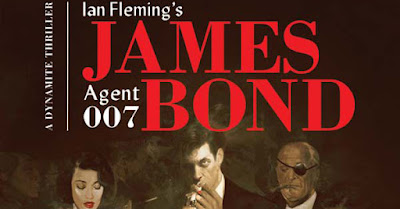 These days it feels like there is new literary James Bond stuff to blog about every day. Most of the material comes from Dynamite Entertainment 007 and colleagues series.

During 2017 writer Van Jensen and artist Dennis Calero has worked on turning Ian Flemings Casino Royale into a comic book once again.

A few days back Van Jensen showed the anticipating fans how he works using his Twitter account.

First off he reads the book of course. Secondly he seems to conduct the important text into small pieces and thirdly draws a set of storyboards for artist Dennis Calero I guess.

The Casino Royale novel has been pushed forward once already and will now be released October 17th. The book will be 160 pages so this will be a very exiting book to have in the collection.

Below is some borrowed photos from Van Jensen. 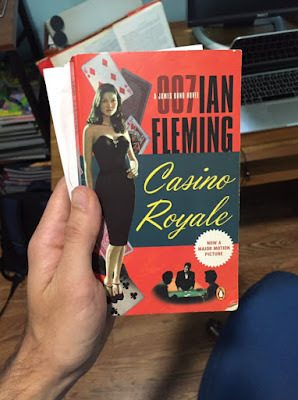 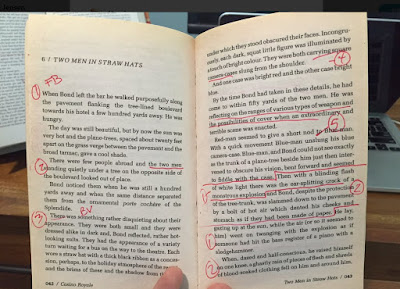 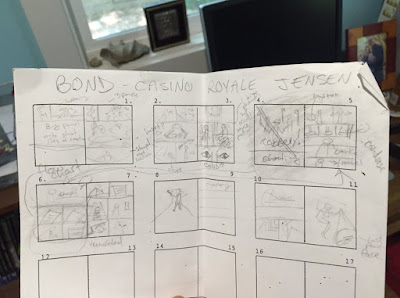 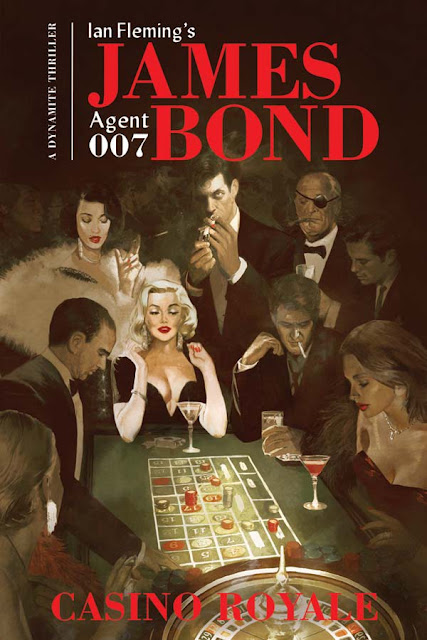 James Bond will experience the Solstice this winter 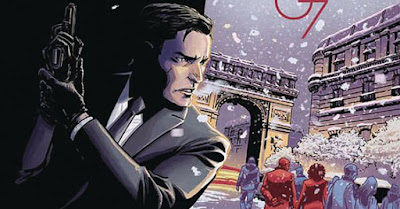 I am a bit proud of mentioning that there will be a new James Bond short story released on November 16 this year by Dynamite Entertainment. The best thing about this short story is that its written and drawn by no other then Ibrahim Mustafa.

I guess all of his fine work and Bond knowledge later paid off since Dynamite Entertainment then offered him a "one off" opportunity between 30 and 40 pages story called Solstice released this November 16th.

Very little around the Solstice story has been released so far: 007 accepts an unofficial mission. He travels to Paris, in pursuit of a Russian. But is Bond the hunter, or the hunted?


The comic can not yet be ordered at Amazon but I will get back on this once it can be ordered.

Below is the action packed cover drawn by Ibrahim Mustafa. 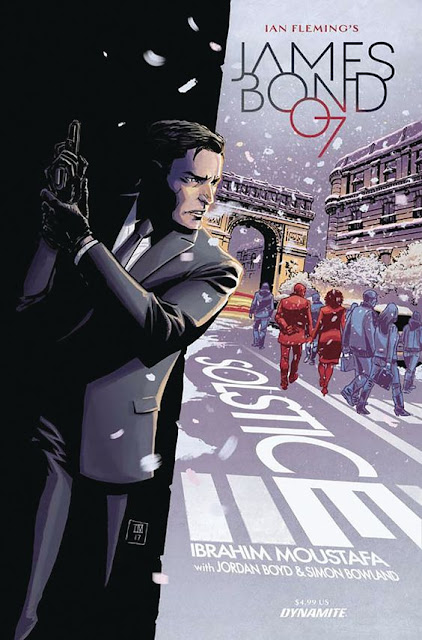 Added to my collection: A 1953 Casino Royale book 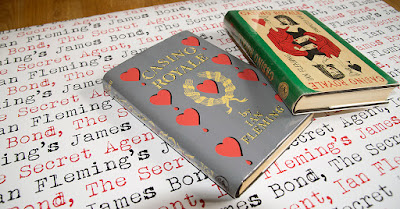 Added to my collection recently was a CASINO ROYALE second edition printed in 1953.

This is the closest to a real CASINO ROYALE first edition I will ever get. But sadly it does not stop there. My version has a marvellous facsimile dust jacket ordered from the US I have seen the real dust jacket twice in my lifetime and I must say that this is amazingly well done. The only problem is that it is in to good condition. But it is nice to see what it must have looked like in 1953.

The seller wanted £350 for it but I only offered £235 for the book including postage. The seller excepted my offer and it feels like I made a great deal on this book. This should be compared with a first edition of the book in good condition sold recently for £22,000.

It needs to be mentioned that Facsimile Dust Jackets LLC told me that they had updated the CASINO ROYALE dust jacket some time ago and therefore gladly sent me a new one free of charge. Now that is truly great service compared to many other companies out there.

The second edition of CASINO ROYALE was ordered by Jonathan Cape in April 1953 and delivered in May. the total orderd books were 2 300 and the final amount out for sale was 2 264. These printing figures comes from John Gilbert's excellent Ian Fleming: The Bibliography from Queen Anne Press. 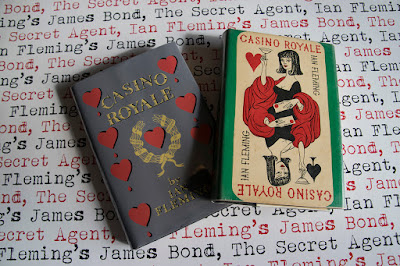 Dust jacket for the first edition and the forth edition of Casino Royale. 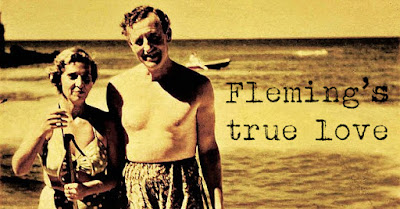 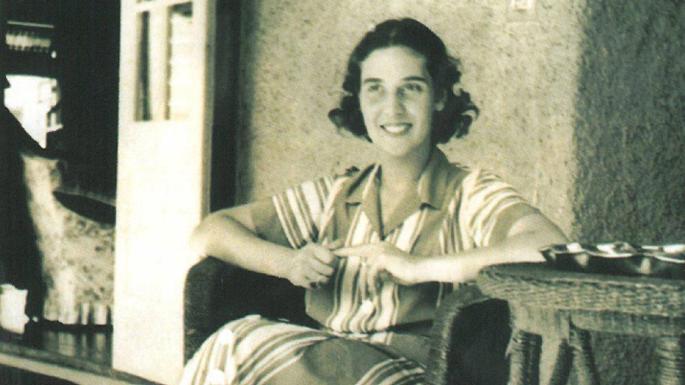 If you have not yet bought the Ian Fleming biography by Andrew Lycett you can do so on Amazon US (Hardcover at only $13,38)  here and Amazon UK here (hardback at only £4.16).
Written by Stephan Bäckman kl. Wednesday, August 16, 2017 1 comment: