Blood, Sweat and Bond: Behind the Scenes of SPECTRE 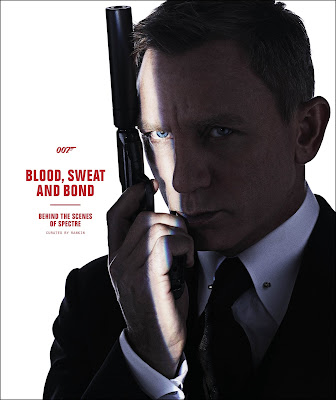 On October 27, 2015 DK publishing releases the new book: Blood,
Sweat and Bond:Behind the Scenes of SPECTRE. The hardcover book
contain 200 pages.
According to publishers own sales text, the book will also
contain interviews and behind the scenes stories from the making
of the new Bond film SPECTRE.
In the run-up to the latest James Bond film, Spectre, renowned
photographer Rankin takes us from script to screen in Blood,
Sweat and Bond: Behind the Scenes of Spectre,curating an ensemble
of exclusive photography and cast and crew interviews. Also
features contributions from celebrity photographers including
Mary McCartney, Graciela Iturbide, Anderson & Low and Brigitte
Lacombe.
This is the first published book to preview the latest Bond film's
cast, crew and locations. Directed by Academy Award-winner Sam
Mendes, Spectre features the return of Daniel Craig as legendary
British secret agent James Bond.

You can buy the book on AMAZON UK for only £17.

Email ThisBlogThis!Share to TwitterShare to FacebookShare to Pinterest
Etiketter: Film: SPECTRE, Making of