Ian Fleming almost made it onto Netflix 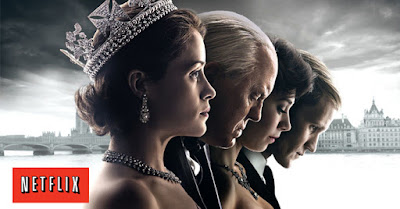 Even though I am not British. I, like many others across the globe enjoy watching the Netflix series THE CROWN said to be based on the life of mainly Queen Elizabeth II and the famous characters around her.

When I started watching the series I was hoping for some sort of cameo by Ian Fleming or at least a mentioning of his name. I am half way into the second season and so far his name has not been mentioned and I have to be satisfied with watching an British era wile Fleming steadily wrote a book a year.

Actually season two and episode one and two have a quite strong connection to Ian Fleming.

After Winston Churchill ended his role as Prime Minister in 1955 Anthony Eden took over the role for two years until 10 January 1957.

During his time as Prime Minister his health declined and his doctors told him to go far away to where there was sun and relaxation. They suggested Jamaica.

This is all mentioned in episode one and two but what they fail to mention is of course that it was actually to Ian Fleming's house Goldeneye in Jamaica that Anthony Eden went and spent a month in the fall of 1957. The choice of Goldeneye seems to have been Mrs Eden who was a long time friend of Mrs Anne Fleming, Wife of Ian.

To read more about the Ian Fleming connection with Anthony Eden I suggest the book The life of Ian Fleming by John Pearson. It has a hole chapter on the matter.