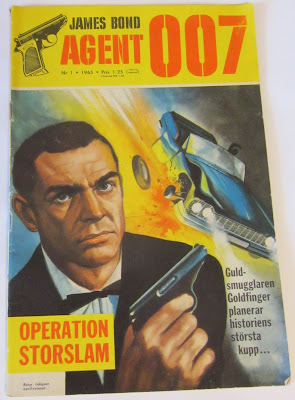 These comics are now 50 years old and very rare to find. One can wonder how many actually exists to this day in good condition. I am happy to say that I have two of these in my collection but I started collecting this magazine when I was 12 years old 26 years ago.