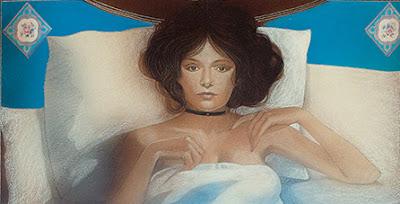 Sold today at auction is a rare piece of an Ian Fleming connected painting.

The below painting was drawn by Richard Harvey and is called Tatiana. She is off course the female lead from the novel (and film) called From Russia With Love. In the mirror above hear head James Bond can be spotted.

The drawing was made for the book and magazine company called Readers Digest.

The drawing is said to have been used during the 1980's but when I search the net for any picture of the book I fail to find it at all.

Auction house Swann Auction Galleries estimated that it would sell for between $250-300 but the actual realized price became $594. I was not bidding on this item. did any of this blogs readers bid?

You can see the lot here. 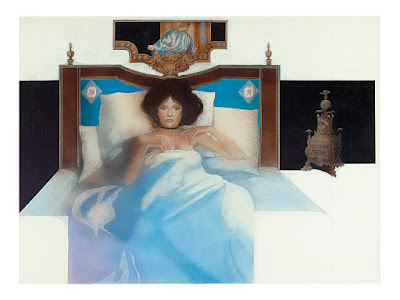 Email ThisBlogThis!Share to TwitterShare to FacebookShare to Pinterest
Etiketter: auction, From Russia with love