Added to my collection now is the first edition of 2011 James Bond Novel CARTE BLANCHE written by Jeffery Deaver.

I have not yet read the book but I know from fellow James Bond fans that this is not supposed to be one of the best books. This is also one of two reasons that I have not been in a hurry to get this book to the collection. The other reason is that Jeffery Deavers signature is such a lame signature that anyone can fake it. What you cant fake is the FOYLES sticker to put on your book (well you can but you will never get your money back).

When this book was released in 2011 many different versions where made trying to suck more money out of us fans. This way of treating us fans upset me. I might get the black version (same cover but white has shifted to black) if the price is right but it is nothing I am hunting.

The white version cost £19:99 when it was released and then it was signed. 5 years later I bought it on Ebay paying the exact same price plus £10 for postage to Sweden. A really great price but it also tell us something. The value of used James Bond books is not high if they are not early editions of the original Fleming books.

The reason that I have not yet read the book is that no Swedish publisher ever bought it so it has never been published in Sweden.

What is your comments on this book? Something to look forward to or...? 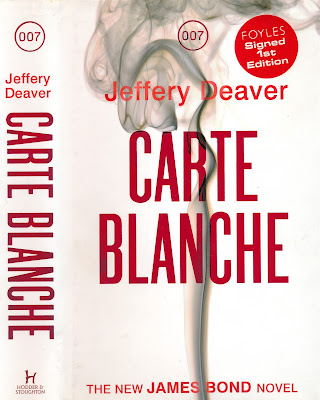 No exiting signature in my world and very easy to fake. 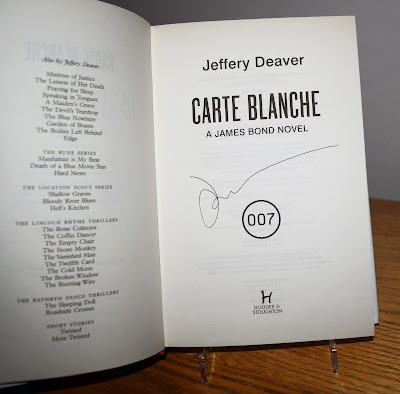 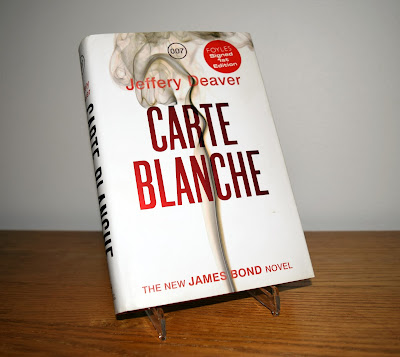