WORLD EXCLUSIVE: This is where STRIKE LIGHTNING will be set

A little bird whispered in my ear a few weeks back where the upcoming YOUNG BOND novel STRIKE LIGHTNING will be set.
This made me contact the always friendly author Steve Cole and ask him if I was allowed to  reveal the backdrop for the book and just at few hours later I had the approval of both Steve Cole and Ian Fleming Publications.

It was important to me not to revile something that was meant to be kept under wraps until the release of the book on September first.

The book will be set at Fettes College, in Edinburgh, Scotland.

The first time we encounter this college in the world of James Bond is is in Ian Flemings own book YOU ONLY LIVE TWICE. There you can read the following on page 241.

"It must be admitted that his career at Eton was brief and undistinguished and, after only two halves, as a result, it pains me to record, of some alleged trouble with one of the boys' maids, his aunt was requested to remove him. She managed to obtain his transfer to Fettes, his fathers old school. Here the atmosphere was somewhat Calvinistic, and both academic and athletic standards were rigorous. Nevertheless, though inclined to be solitary by nature, he established some firm friendships among the traditionally famous athletic circles at the school. By the time he left, at the early age of seventeen, he had twice fought for the school as a light-weight and had, in addition, founded the first serious judo class at an English public school."


So this made me pack a bag and jump on the next flight to Edinburgh. I had a school to look at.

In retrospect I understand that I arrived to Fettes not from the entrance but from the left side of the school. All gates where closed and the signs said private property so I was afraid my trip would be very brief. But then a car pulled out from a gate so I went there, pushed the speaker and was connected to someone who asked.

- Yes how can I help you?
- My name is Stephan and I have travelled from Sweden just to look at your school because I write a blog about the James Bond books.
- Do you have a car?
- No!
- Okay I will open the gate for you.

And I was let in. It was so strange. So I walked up towards the building and saw many teenagers hurrying back to school after lunch. I started to take some pictures when a teacher approached me and asked what I was doing. I explained my business, and was sent to the reception desk as a naughty boy. After I had explained my business once again I was allowed to take photos of the building if I had an employee with me.

So for the next ten minutes my wife explained to the employee the level of my collecting and how much of a nerd I was.

The pictures can be seen below.

I believe that many of you know that the rumour has it that Ian Fleming made James Bond half Scottish just because Sean Connery was Scottish and has just finished his second James Bond film when YOU ONLY LIVE TWICE was written. Sean Connery has also said many times that as a kid, he used to deliver the daily milk to Fettes College.

After this trip to Edinburgh I just cant wait until the first of September is here.

If you wish to pre book STRIKE LIGHTNING and make sure you have it on release day you can do so by clicking here! 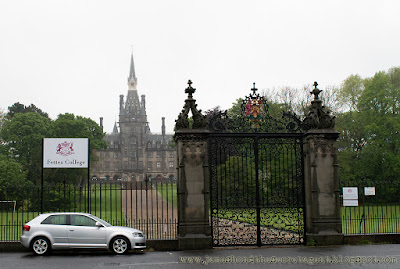 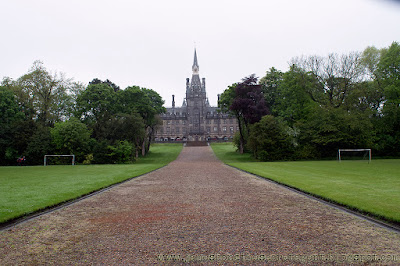 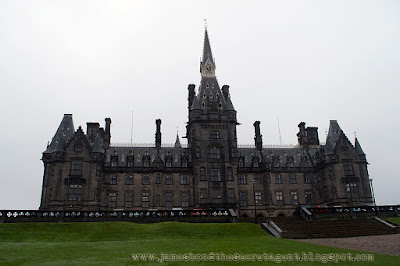 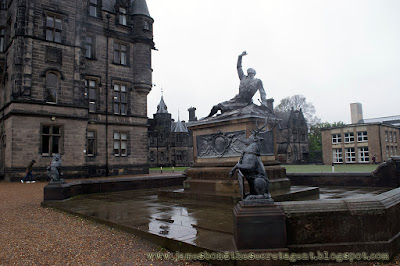 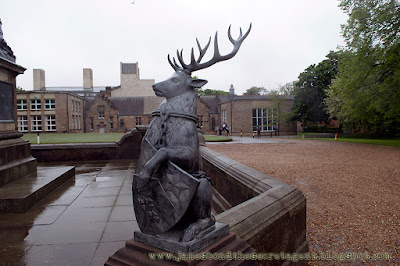 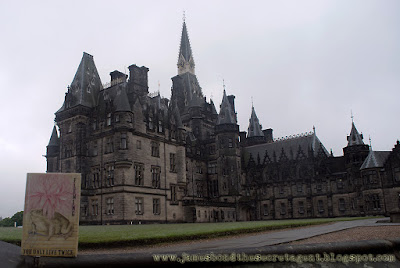 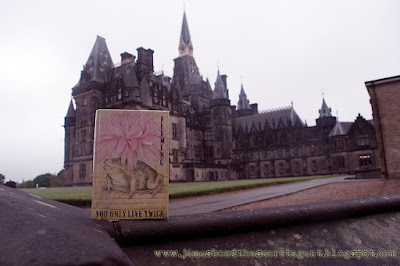