My visit to Ian Fleming's grave 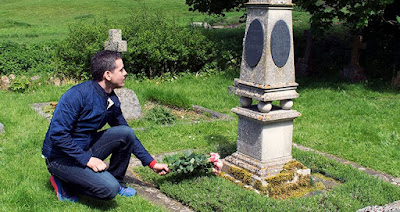 So today I will honour his memory by sharing with you my trip to his grave that I made in May this year.

I woke up at a hotel in Whitstable, England after I had attended the Whitlit festival and there special Ian Fleming evening, A great event that I am glad I did not miss. I was in a hurry from early on that day. I had planed a trip to Ian Fleming's grave on the other side of England. I also had a plane to catch to take me back to Sweden later that day.

From Whitstable I took a bus to some other town due to a train station restoration taking place and from there I continued my trip to London. In London I changed trains and continued my journey to Swindon.
In Swindon I asked a cabdriver what it would cost me to first find a florist and then go to Sevenhampton. He said that he wanted to keep the taximeter running during our trip but insured me that it would not cost me over £55.

It took some time to actually find a florist that could provide me with great flowers. When we finally found a shop I decided on pink and white roses, nine of them.The pink colour meaning gratitude and white colour meaning sympathy. and then we were of to Sevenhampton.

The graveyard is not easy to find and there is actually no road all the way to it. It seems to be on private property. So I decided not to make a run for it but to ring the doorbell on the closest residence and ask for permission.
An older women opened the door and I was fortunate because her husband had been the British ambassador in Sweden and they had loved our country. I was therefore granted to go to the church and tomb where Ian and his wife Ann and their son Casper is buried.

The surroundings was totally quiet and in the background I could see a lot of cows enjoying their lunch. It was a very peaceful place and I was lucky to have good weather also.

On the tomb there is one plaque for each member of the family.

Ian Fleming was the first to pass away, in 1964 and on his plaque it reads "In memoriam Ian Fleming" and on top of that it says "Omnia perfunctus vitae praemia, marces" which is a line by Titus Lucretius, a Roman philosopher and means according to the BBC "You are rotting away now after having had a good life". A bit to harsh if you ask me but Ian seems to have been just like that.

The second to pass away was Fleing's son Casper who suffered from mental illness and committed suicide in 1975 only 23 years old. Even more to early then his father.
On his plaque it reads "Casper Robert Fleming 1952 - 1975" and the quote used says "To cease upon the midnight with no pain". It is a poem by John Keats and is called "Ode to a Nightingale"

The last person in the family to pass away is Ann Fleming who passed away in 1981 after she had lost both her husband and son.
On her plaque it reads "Ann Geraldine Mary Fleming 1913-1981" the quote borrowed reads "There is none like her, none" This line comes from the poem "Maud" by Alfred, Lord Tennyson.

So to honour them all I placed seven flowers below Ian's plaque and one each on Casper's and Ann's plaque.

And then it was all the way back to London and Heathrow to catch my flight back to Sweden. I arrived to the gate just seven minutes before take off.

I have never seen great pictures from this place and therefore I took it upon me to try and change that. I therefore hope you enjoy the photos below. You can click on them to make them bigger. 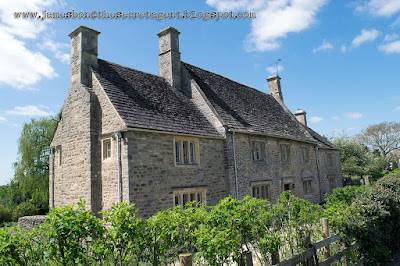 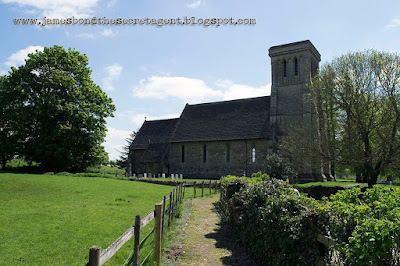 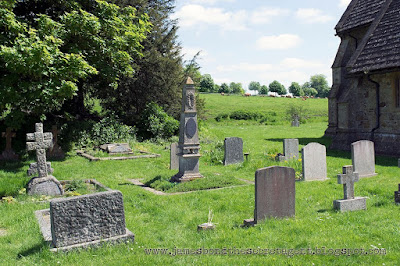 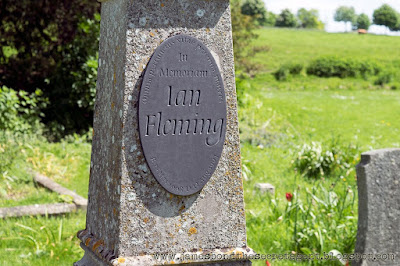 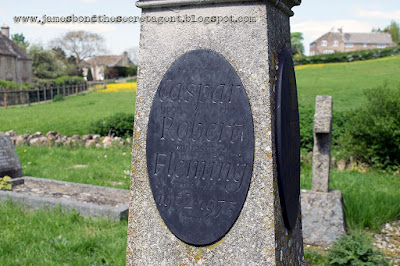 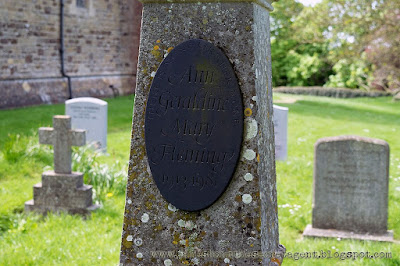 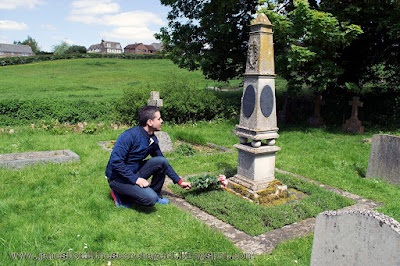 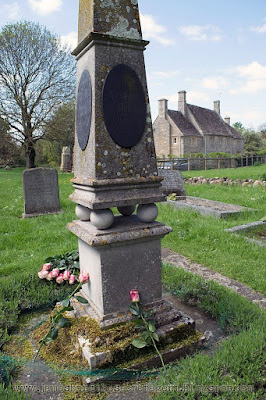 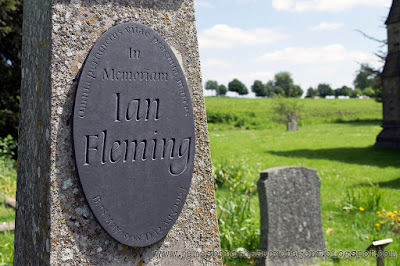