Here is the true face of James Bond

Over the last 54 years the face of James Bond have changed many times. Even the James Bond character has changed to fit the actor playing him on screen. From the never smiling Timothy Dalton to the always smiling Roger Moore.

But within the books there have always been one James Bond and he has always looked the same. The thing is that if you have never read the first novel by Ian Fleming called Casino Royale then you have mist out on the structure of Bonds face because it is only here you can find the true face of James Bond.

On page 49 in the Casino Royale novel you can read:

"He is very good looking. He reminds me rather of Hoagy Carmichael, but there is something cold and ruthless in his..."

And on page 66 the description continues:

"As he tied his thin double-ended, black satin tie, he paused for a moment and examined himself levelly in the mirror. His grey-blu eyes looked calmly back with a hint of ironical inquiry and the short lock of black hair which would never stay in place slowly subsided to form a thick comma above his right eyebrow. Whit the thin vertical scar down his right cheek the general effect was faintly piratical. Not much of Hoagy Carmichael there thought Bond, as he filled a flat light gunmetal box with fifty of the Morland Cigarettes with the triple gold band".

And that's it. Thats all you can find about James Bond's apperence within the 14 books by Ian Fleming.

So who was this Hoagy Carmichael then as you can see to the right.

Howard Hoagland "Hoagy" Carmichael (November 22, 1899 – December 27, 1981) was an American composer, pianist, singer, actor, and bandleader. He is best known for composing the music for "Stardust", "Georgia on My Mind", "The Nearness of You", and "Heart and Soul", four of the most-recorded American songs of all time.
American composer and author Alec Wilder wrote of Carmichael in American Popular Song: The Great Innovators, 1900–1950 that he was the "most talented, inventive, sophisticated and jazz-oriented" of the hundreds of writers composing pop songs in the first half of the 20th century.

You can read more on Wikipedia about Hoagy Carmichael here.

The face of Hoagy Carmichael was later used on the cover of the the James Bond comic PERMISSION TO DIE released in 1989. 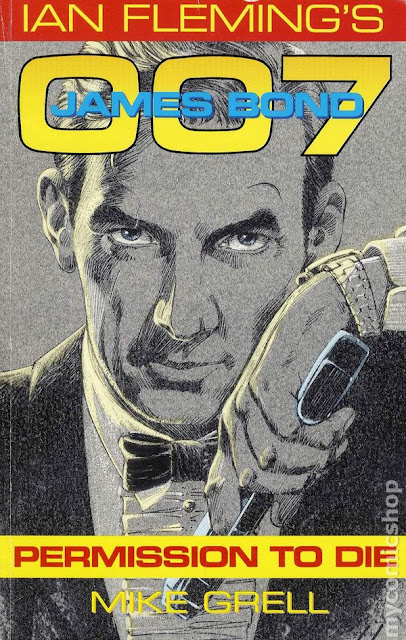